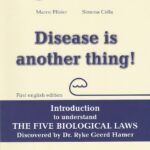 Disease is another thing 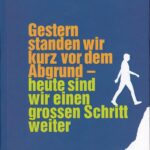 Doctors are mostly nice, hard-working and respectable people. But what if they are killing and injuring many, many times more people than they are healing because of their insane belief in the Biomedical Paradigm? They have already been remarkably successful in killing millions of people with vaccinations, chemotherapy and HIV-AIDS. They now want to create a medically induced bird flu pandemic that could kill tens of millions of people. They will succeed in this endeavour unless enough ordinary people understand the Horror that is the Biomedical Paradigm.

The Biomedical Paradigm is the Ultimate Conspiracy because most of us, more than 99% of us, currently believe it to make common sense, to be scientific, and to be true.

However there is a simple scientific explanation as to why a person gets a specific cancer or disease. Cancer is not a meaningless failure of Nature, but is rather a meaningful event, which occurs for a specific reason. Once you know this, you will no longer fear cancer nor any other disease, because you will understand it. Cancer is curable!

When enough ordinary people know this easily understandable and scientific explanation for cancer, the Biomedical Paradigm will be seen for what it really is, and can then be finally overcome.