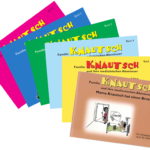 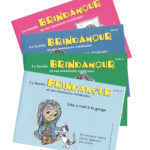 The Strong family and their medical adventures

The Strong family and their medical adventures

A children’s book also for parents

This series of books is intended to make the essential course of the most common diseases understandable to young and old in a simple and easy-to-understand form. The five biological laws of nature discovered by Dr. med. R.G. Hamer, which apply to every illness in humans, animals and plants, form the scientific basis for this. Thus, every disease always begins with a so-called DHS – meaning psychological-biological trauma – and runs through two distinctive phases. The first phase begins with trauma, a lightning or hammer blow or biological shock, and plunges the individual into a stress phase marked by obsessive thinking, insomnia, weight loss and cold, also called sympathicotonia. The second phase, or better the repair phase of any disease, can only begin with the real resolution of the trauma that caused the disease. This second phase, called vagotonia in technical language, usually brings fatigue, heat, at most fever, pain, swelling, inflammation and hunger. After its completion, the patient will be as healthy as can be. The other natural laws of the New Medicine are explained in an abbreviated form in the introduction of each volume. However, the interested reader will gain a deeper understanding only through increased study of this series of writings or by reading the writings of R.G. Hamer, M.D., published by Amici di Dirk Verlag España.

With the purchase of a Knautsch booklet or the series you support the continuity of the Knautsch book series as well as the continuous promotion of the Germanic New Medicine (GNM).